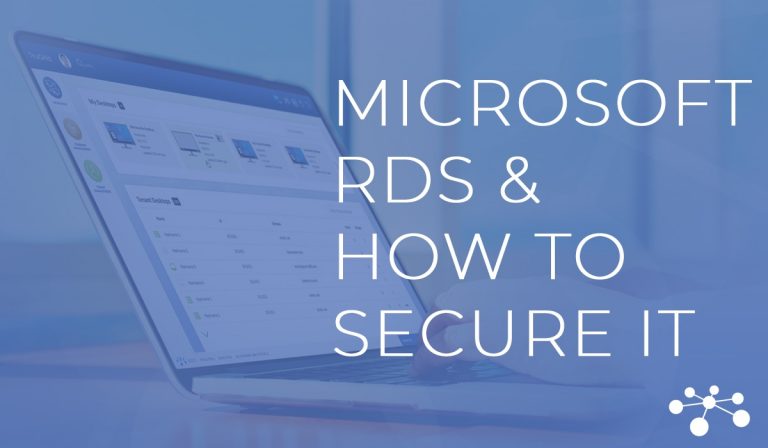 The purpose of this post is to explore common methods for securing internet-accessible Microsoft remote desktop systems (RDP & RDS); explain associated drawbacks or vulnerabilities; and present a simpler and more secure method for remote computer access.

Why do People use RDS?
As a secure remote desktop system, RDS is a widely-used feature of Windows that allows people to connect from anywhere over the internet, to Windows systems running in their homes, offices, or data centers. People typically connect to remote Windows RDS systems to use applications running on these systems. For this reason, Microsoft RDS is a very effective productivity tool for accessing remote Windows applications over the RDP protocol, and can be a very effective method for securing applications and data.

Why should RDS be Protected?
To start with, it is strongly recommended that any Windows computer system that is accessible over the internet be protected and running a secure RDP. Negligence from completely protecting internet-accessible computers running RDP / RDS will certainly expose them to compromise and data theft and / or data destruction.

Methods for Securing RDS and their Drawbacks
When RDP / RDS is enabled on a Windows system for remote computer access, it opens the default RDP protocol port, TCP port 3389, which is required to accept incoming login from remote users. Although this port can be changed, it is never recommended to directly expose a computer running RDP / RDS to the internet. Since there are a variety of ways to attempt to secure RDS (or secure RDP), below is a table that shows common methods of securing Microsoft Remote Desktop systems, and their drawbacks.

The Simplest and Most Secure Way to Secure RDS (Secure RDP)

TruGrid is the simplest and most effective way to secure a Windows RDS environment for the following reasons:

Click here to setup your free trial of TruGrid today and secure your own Microsoft RDS environment.